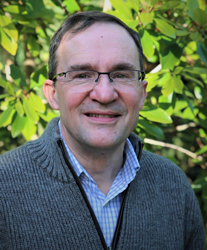 Following studies in piano with Isola Harvey and Nancy Sworder, and studies in organ with John Hogan in Bendigo, he majored in organ at Australian Catholic University, studying with Geoffrey Cox. In 1993, Paul completed a Master of Arts degree, specialising in liturgy, at the University of Notre Dame, IN, USA. His Master of Music degree (2000) featured a recital of the eighteen “Leipzig” chorale preludes of J. S. Bach and a thesis on Catholic hymnody in Australia. In 2010, he earned a Doctor of Philosophy degree directed by Dianne Gome at ACU with a dissertation on liturgical chant. He is currently serving a term as Executive Secretary of the Bishops Commission for Liturgy of the Australian Catholic Bishops Conference. He has served as an organist at St Francis’ Church and St Patrick’s Cathedral in Melbourne and sung bass in the choirs of both churches. He was Director of Music at St Patrick’s Cathedral from 2015 until 2019.

Email: This email address is being protected from spambots. You need JavaScript enabled to view it. 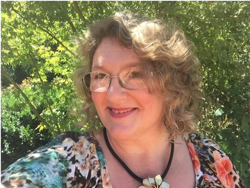 Music has always been part of Joanne’s life. Her earliest memory of music is singing along to the ABC radio with her Mum with whom, in 1980 at age 12, she joined the Sacred Heart Cathedral Choir. The following year she was a recipient in the inaugural round of choir scholarships and quickly became worthy of many opportunities both as Cantor and Soloist. She continued her music ministry at various parishes in Bendigo and Melbourne and has been Cantor at the 8:30 Mass every Sunday since 1998.

Joanne has sung in many choirs, performed in local stage productions, recitals and concerts, weddings and funerals. She gained her A.Mus.A. and L.Mus.A. in Singing with the Australian Music Examinations Board while she undertook general nursing training in Melbourne. She was under the vocal tuition of Mavis Webster MBE, Loris Synan OAM and the very sought after vocal coach, Gary May. Being classically trained, Joanne can quickly adapt to many different genres of music. With over 40 years experience, she is available to assist with the selection of music for weddings and funerals. She also teaches voice from her private studio. 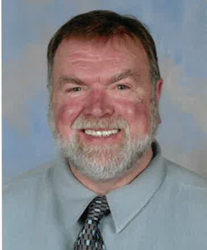 John was the seventh Cathedral Organist and the ninth Director of the Choir. He was the first to be appointed joint Organist & Director of Music and the first lay person appointed Diocesan Director of Sacred Music. He was appointed in 1980 and retired in 2020.

Before coming to Bendigo he had been successively assistant organist at St Carthage’s Parkville, then assistant organist at St Joseph’s South Yarra. He was then organist of Sacred Heart (St George’s) Carlton where the renowned Pariah Priest was Rev Dr Percy Jones, and then to Our Lady of Victories Camberwell as both organist and choirmaster. He was also assistant to his teacher Sergio de Pieri at St Patrick’s Cathedral, Melbourne.

John was also Principal Study Organ teacher at the Melba Memorial Conservatorium of Music as well as playing piano, organ and keyboard with the Australia Felix Ensemble frequently recording for the ABC.

In 1986 John was elected to the Fellowship of Australian Composers. One of his sponsors was George Dreyfus. In 2005 he was given a five-line entry in A Dictionary of Composers for Organ, an international publication.

John has given many concerts and worked with many of the world’s leading choir directors at summer schools. He has written many Mass Settings, Motets and set all the Responsorial Psalms for the three-year Lectionary cycle as well as seasonal psalms. He enjoys playing the organ repertoire and specializes in improvisation.

Caption: Past and present members celebrate with John Hogan at a luncheon at the All Seasons Motor Inn on Sunday 2 May 2021 in honour of John’s 40 years of dedicated ministry as Organist and Director of Music at Sacred Heart Cathedral, Bendigo (1980-2020).  Photo: Chris McCormack